May 22nd is International Day for Biological Diversity, and you might not realize it, but biological diversity is one of the most crucial foundations for our global food system. From pollinators like bees to soil makers like bacteria, we need a plethora of organisms to put food on our plates.

We’ve long known that forces like conflict, climate change and extreme poverty make it difficult to guarantee people access to healthy, affordable food. A 2019 report presented by the UN Food and Agriculture Organization (FAO) suggests we have another worrying driver of hunger to add to our list: biodiversity loss.

Biodiversity, as defined by FAO in the context of food security, is the collective variability of living organisms that exists throughout our ecosystem that we rely on for food.

Given the interplay between food and natural systems, measuring the level of biodiversity in the world can serve as a useful proxy for the health of our food system. For example, 35 percent of all crops grown for human consumption rely on pollinators like birds, bees and bats.  Bacteria and fungi play a role in supporting soil health, and natural predators can serve to control pests. As biodiversity decreases, it threatens the growth and sustainability of our global food system — in both direct and indirect ways. 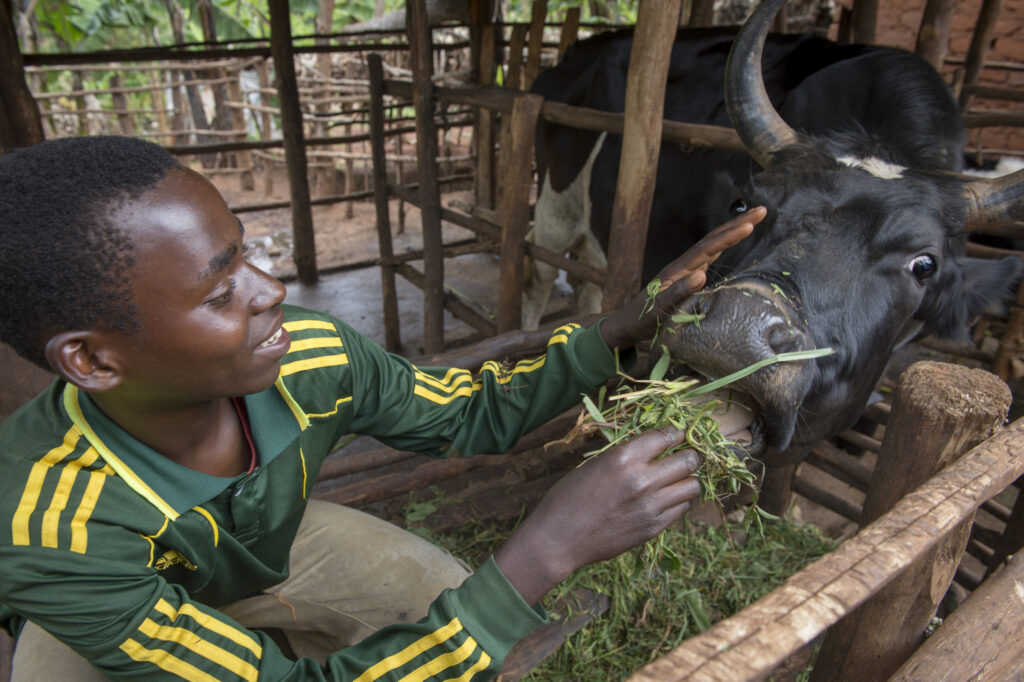 According to FAO’s report:

We can immediately derive three insights from this data:

First, our ability to access food is directly linked to biodiversity. In developing countries especially, there’s no such thing as a quick trip to the grocery store, so locally-grown foods play a key role in families’ meals. Local livestock breeds – 24 percent of which are now at risk of extinction – also boost household nutrition and are a source of income. Protecting these local supplies of food and preserving plant and animal habitats directly supports efforts to reduce hunger.

Second, while preserving biodiversity can counteract the impact of climate change, climate change itself is a primary driver of biodiversity loss. Understanding this reciprocal relationship is crucial when addressing both challenges. More than 80% of the world’s hungry people live in places that are prone to natural disasters and environmental degradation. In Sub-Saharan Africa, climate change has decreased livestock production, and has also reduced crop yields throughout other regions of the world. Over-reliance on a small number of plant varieties and animal breeds makes crops and livestock more vulnerable to climate shocks and diseases.

Third, the sustainable development of our food system is a truly existential threat. The global population is expected to exceed 9 billion people by 2050, and to meet this growing demand for food, production will have to increase 50 percent over the next three decades.  A report recently issued by the UN Intergovernmental Panel on Climate Change found that the increasing demand for food combined with the expansion of cropland is placing unprecedented stress on our soils and natural environment. 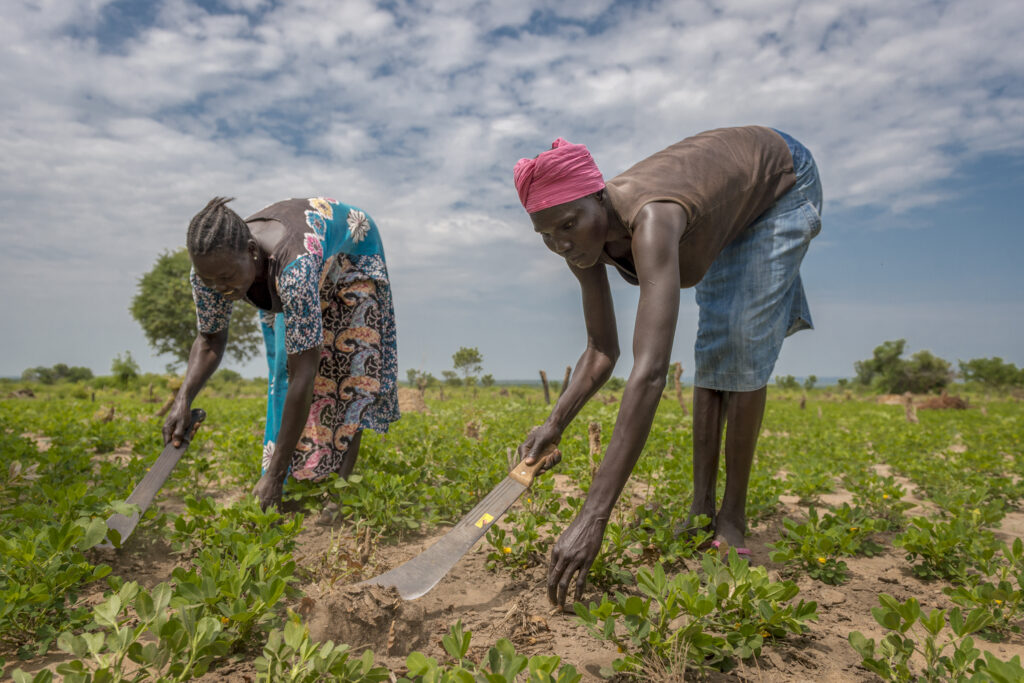 Other activities at the farm level will be important to return on-farm diversity, including agroforestry and silvopasture systems, the adoption of non-traditional crops and varieties and other measures that build diversity and complexity on farms—the best protections against shocks and stressors.

There are also things that humanitarian actors like the United Nations World Food Programme (WFP) can and are doing. For example, WFP’s Food for Assets program provides cash and food to people in exchange for their work on community assets. Often, these are things like roads, dams and irrigation systems. Increasingly, though, these interventions encourage sustainable and regenerative farming methods and the rehabilitation of land and natural resources. The program is a win-win for individuals, families and local communities, all while supporting the development of a resilient food system.

In the last decade, nearly half of WFP’s emergency operations have been in direct response to climate-related disasters such as floods, droughts and severe storms. In order to help people adapt to and overcome these extreme events, WFP is working to address the long-term and short-term effects of climate change. For example, through WFP’s Innovation Accelerator, hydroponics that use nutrient-rich water to grow crops without soil are allowing people to produce food in environments that are infertile or have limited space. WFP is also using satellite imagery to monitor the progress of land-resilience programs and to guide herders to greener pastures. 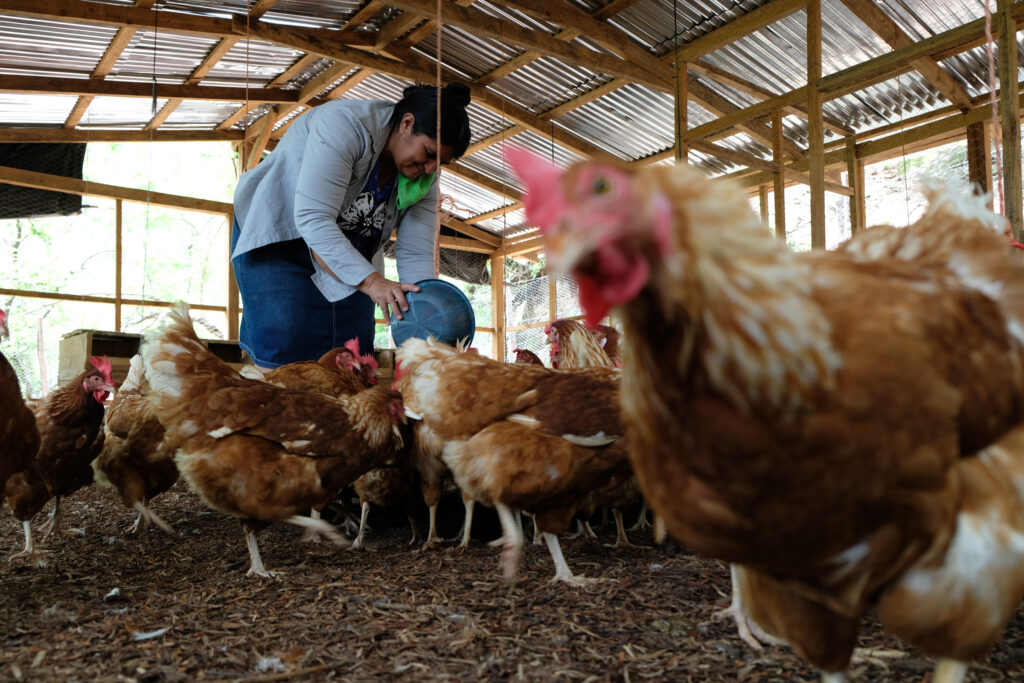 What Biodiversity Means for Our Future

Biodiversity is needed to sustain and expand the world’s food supply and support the needs of a growing population. Preserving ecosystems and protecting on and off-farm genetic diversity directly affects this goal. In short, to achieve zero hunger, our agricultural and food system interventions need to double as environmental interventions. As Zimbabweans Go Hungry, Here's How Coronavirus Is Making Everything Even Worse - Especially for Women and Girls The Three Waves of Hunger: The Devastating Ripple Effects of COVID-19 Food Tank, Food Systems and COVID-19: A Conversation with Dani Nierenberg
Explore About Us WFP's Work U.S. Policy Blog Podcast
Get Involved Start a Fundraiser Be a ZeroHunger Hero SharetheMeal App Corporate Partnerships Foundations
Donate
It looks like you're outside of the United States.